You are here:
NGS Tips & Tricks 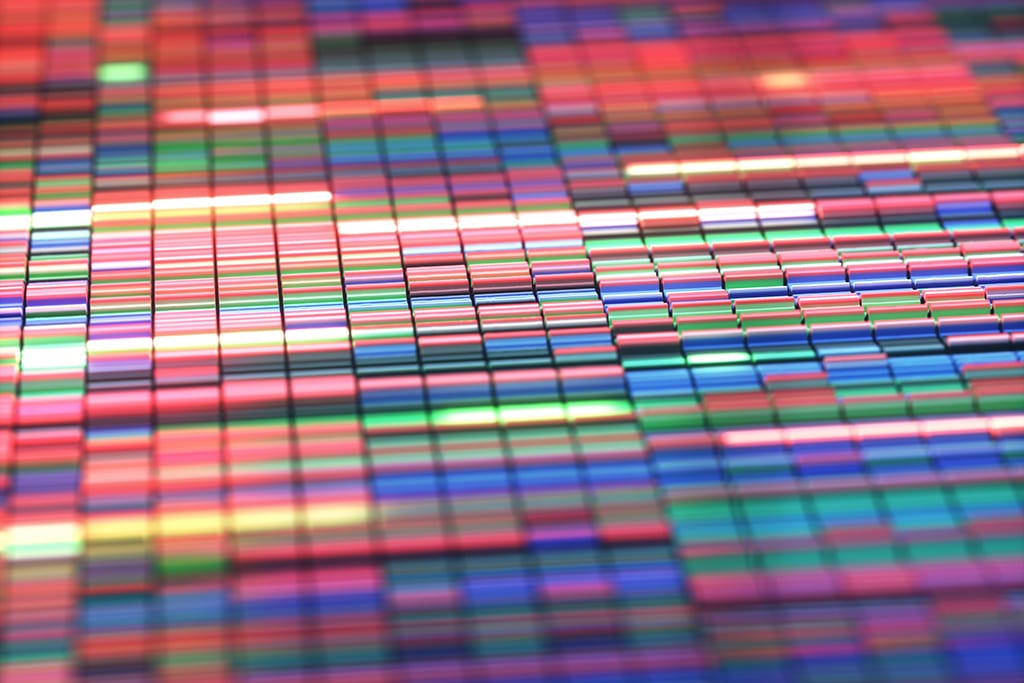 Magnetic beads are commonly used in molecular labs for purification of nucleic acids, but they have another very important function in NGS workflows – size-selection.

Solid-Phase Reversible Immobilization (SPRI) beads were first introduced in 1998, and through the years have become an essential tool in high-throughput molecular labs for the purification of nucleic acids. They are predominately used in NGS workflows to clean-up DNA or libraries during PCR purification which removes contaminants such as dNTPs, salts, primers and primer dimers. Due to their DNA binding properties, SPRI beads also allow for size-selection of DNA molecules which is a crucial step in NGS workflows to ensure the correct library size for sequencing.

There are currently many types of SPRI bead products on the market, however, the AMPure XP beads from Beckman-Coulter are the most commonly used commercial version in South Africa (Table 1).

Table 1: Different commercial versions of SPRI beads on the market.

SPRI beads are paramagnetic (only magnetic in a magnetic field) particles which prevents them clumping together in solution. Each bead is made of polystyrene surrounded by a layer of magnetite, which is coated with carboxyl molecules (Figure1). These carboxyl groups bind non-specifically and reversibly to DNA in the presence of polyethylene glycol (PEG) and salt which is contained in the liquid buffer they ship in (20% PEG, 2.5M NaCl). Both the salts and the PEG play a critical role in forming DNA precipitate on magnetic beads. Salts provide ion bridging of negatively charged molecules such as DNA and SPRI beads, while PEG ‘crowds’ solutes and water-suspended substances together by shrinking water-soluble space. As the immobilization is dependent on the concentration of PEG and salt in the reaction, the volumetric ratio of beads to DNA is important.

The standard procedure for a PCR purification is as follows (Figure 2):

Following these steps using a bead to sample ratio of 1.8x will bind all fragments greater than ~100 bp, leaving behind smaller fragments such as free adapters and primers.

Using SPRI Based Size-Selection in NGS

The ability to select for DNA fragments of a certain size range is an important step in all NGS workflows using short-read sequencing (e.g. Illumina and Ion Torrent) as fragments that are too small or too large will interfere with the sequencing chemistry. The size of fragments eluted from the beads (or that bind in the first place) is determined by the concentration of PEG, and this in turn is determined by the volume of beads to DNA.

As this ratio is changed the length of fragments binding and/or left in solution also changes, the lower the ratio of SPRI:DNA the larger the fragments that bind the beads. Smaller fragments are retained in the buffer and are usually discarded resulting in different size ranges from a single sample with multiple purifications. This effect is due to DNA fragment size affecting the total charge per molecule, with larger fragments having larger charges, thus promoting the electrostatic interaction with the beads and displacing smaller fragments.

A standard clean-up, as described above, will use a bead to sample ratio > 1.0 (usually 1.0x, 1.2x or 1.8x) which binds all fragments larger than 100 bp. This ensures maximum recovery of DNA while removing the smaller unwanted fragments. As the ratio is decreased, the smaller fragments are left in solution and larger fragments bind to the beads, for example, a ratio of 0.8x (i.e. 40 μl beads to 50 μl sample) will bind all fragments larger than ~200 bp (Figure 3). This is referred to as a left-side size selection and it is important to remember that the DNA you are selecting for (large fragments) is bound to the beads while the supernatant contains the smaller fragments and is discarded. Do not discard the beads before elution!

Opposite to left-side is the right-side size selection which works via size exclusion (Figure 4). SPRI beads are mixed with DNA at the desired ratio to bind large fragments of a certain size, similar to the left-sided reaction. Although now the supernatant contains the smaller fragments you intend on keeping while the large fragments bound to beads are left behind and discarded. Don’t discard the supernatant after initial binding! This method is also referred to as ‘reverse’ SPRI since you discard the beads and keep the supernatant. The supernatant is then transferred to a fresh tube and a re-bind step is performed with fresh beads using ratios > 1.0 to exchange the buffer and select for all fragments larger than > 100 bp. When the resulting DNA fragments are analysed on a Bioanalyzer/ TapeStation, the fragment range observed for each ratio is the DNA which remained in the supernatant and not that which was initially bound to the beads and discarded (Figure 5)

There is a formula to calculate the volume of beads required for the left-side selection rebind, subtract the Right-side ratio from the Left-side ratio, and multiply that by the initial volume of sample: (Left Ratio – Right Ratio) * µL original sample.

Here is a practical example:

As the region of DNA selected for becomes narrower there is a decrease in the amount of DNA binding from the original sample and therefore a decrease in the total amount of sample recovered (Table2). One must consider this potential sample loss when performing a double-sided size selection and make sure to start with enough input DNA so that enough is recovered for downstream processing.

Although bead-based size selection is ideal for fragment sizes ranging from 100 – 800 bp, they are unable to efficiently bind large fragments over 1000 bp. Gel-based solutions have been used instead for targeting longer DNA fragments, for example, those required for long-read sequencing technologies such as Pacific Biosciences (>6 Kbp) and Oxford Nanopore (>10 Kbp). Instruments such as the BluePippin from Sage Science use pulsed-field electrophoresis and have the capacity and flexibility to select for a large range of fragment sizes between 100 bp – 50 000 bp. Although effective at binding large fragments, gel-based size selection is limited by long duration, expensive equipment, and poor sample recovery. A recent study was able to demonstrate that modifications to the SPRI bead buffer solution by adjusting the concentrations of salt and PEG were able to enhance the sizing threshold and allow selection of large DNA fragments up to 10 Kbp (Stortchevoi et al.).

SPRI beads can be used in a variety of NGS library prep chemistries and are compatible with both manual and automated processing. Their non-specific and reversible binding properties give scientists a tool for predictable and consistent size selection with high recovery of amplicons > 100 bp.

Ross joined Diagnostech in 2020 as a Field Application Scientist, supporting the Genomics portfolio. He has a keen interest in personalised medicine, particularly the use of NGS in the clinical setting which he envisions becoming the standard for patients in the future as technological advances allow increased accessibility to these cutting-edge tools.

Categories
Archives
Go to Top
By using our site you agree to our use of cookies to personalise and enhance your experience.
Read MoreGot it!
Cookie Settings

This website uses cookies to improve your experience while you navigate through the website. Out of these, the cookies that are categorized as necessary are stored on your browser as they are essential for the working of basic functionalities of the website. We also use third-party cookies that help us analyze and understand how you use this website. These cookies will be stored in your browser only with your consent. You also have the option to opt-out of these cookies. But opting out of some of these cookies may affect your browsing experience.
Necessary Always Enabled
Necessary cookies are absolutely essential for the website to function properly. These cookies ensure basic functionalities and security features of the website, anonymously.
Functional
Functional cookies help to perform certain functionalities like sharing the content of the website on social media platforms, collect feedbacks, and other third-party features.
Performance
Performance cookies are used to understand and analyze the key performance indexes of the website which helps in delivering a better user experience for the visitors.
Analytics
Analytical cookies are used to understand how visitors interact with the website. These cookies help provide information on metrics the number of visitors, bounce rate, traffic source, etc.
Advertisement
Advertisement cookies are used to provide visitors with relevant ads and marketing campaigns. These cookies track visitors across websites and collect information to provide customized ads.
Others
Other uncategorized cookies are those that are being analyzed and have not been classified into a category as yet.
SAVE & ACCEPT